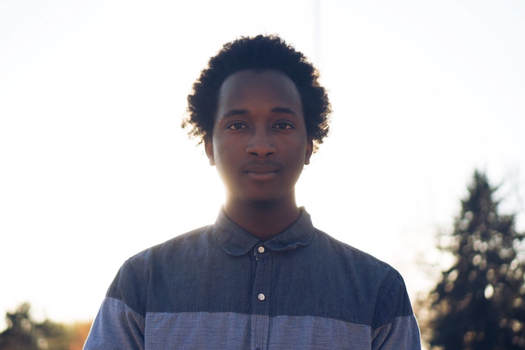 Malick Ceesay is a playwright, performer, and music producer from Brooklyn Park, MN.  He received his B.F.A. from Augsburg University, where he majored in Theatre (in all concentrations) and Creative Writing.  At Augsburg, Malick directed a devised spoken word performance titled, Beyond the Silence, where he was mentored by E.G. Bailey and Sha Cage.  As an actor, Malick has performed in the roles of "John Nevins" in Augsburg University’s Trouble in Mind, "Youth" in Augsburg University’s Passing Strange, “James Michaelson” in Underdog Theatre’s Odd Man Out, and will be playing the role of “Franco Wicks” in Lyric Arts’ upcoming production of Superior Donuts in January 2018.  In addition to his theatre work, Malick has also been a featured producer and emcee under the name of Kanu M (Kanu being a term that means love in language of Mandinka) – performing in spaces across the Twin Cities like Cedar Commons, Hamline University, University of Minnesota, The Nomad, Honey Nightclub, and more.  Malick continues to stay involved in education systems as well.  He has participated in the Public Achievement Program at Maxfield Elementary, AVID tutoring at Ramsey Middle School, and Children’s Theatre Company Neighborhood Bridges Program at Jefferson Elementary.
His intentions, both as a performer and writer, is to utilize spaces and inaccessible resources to cultivate, explore, and cohesively connect stories of the marginalized, underrepresented, and oppressed. In these spaces, he strives for a creation of new worlds and ideologies that will question and expose who we are within them.  To dismantle the oppressive systems and behaviors we possess, we must first challenge our definitions of accountability, inclusivity, and justice.